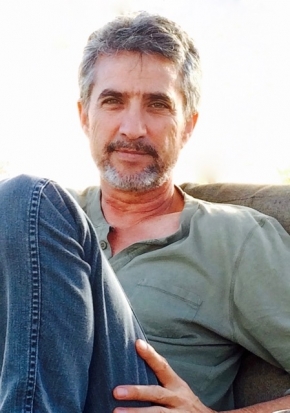 Richard Lang is the Chairman & CEO of Democrasoft, Inc. a small public company that operates an online voting and collaboration platform called Collaborize, used by more than 74,000 educators and their students, worldwide wince 2010. The Collaborize Classroom Topic Library is currently the largest existing repository of topic-based collaborative lessons in the world. Democrasoft also offers free-standing voting and collaboration modules (WeJITs) for use in e-publishing, productivity, and civic engagement. A pioneer in the technology industry, Richard was also co-inventor of the world’s first, patented, dual-deck VCR in 1983.

Richard’s multiple U.S. and international patents and other intellectual property have, over the course of over 30 years, been the basis for far-reaching innovations in media delivery, education and effective online collaboration. His most recent, patented innovation, the WeJIT is already revolutionizing the publishing world by enabling instant topic-based communities and collaboration between authors, readers and potential readers, directly from within e-books. WeJITs can now be embedded in almost any digital application or platform. http://bit.ly/1OvqjZV.

Richard’s long-time vision for the evolution of education, civic engagement and the general empowerment of individuals world-wide, led to his newly released book, Virtual Country: Strategy for 21st Century Democracy — a blueprint for how citizens around the world can utilize existing Internet capabilities and innovative technology strategies to transcend political boundaries and entrenched positions, in order to create lasting, cooperative change and accomplishment.

Virtual Country examines the current nexus of technology and western democracy, pointing to an historic opportunity for We the People to evolve our democracy to include a new public institution, one that enables a coherent, collective advisory voice for citizens, on the issues that affect us all. The book’s centerpiece is a proposal for a new online institution for citizen re-engagement — the National Town Square. The Square would be a transparently operated, citizen-led, non-corporate, non-governmental, non-partisan online venue for individual advisory voting, moderated civil discussion, and fact-verified education on issues selected by citizens themselves.

Virtual Country also examines the surrounding issues and risks associated with allowing the influence of big money in politics to be extended to online democracy. It is a must-read for anyone interested in both the risks and opportunities presented at this historic moment in democracy’s evolution.

Richard has been a guest on MSNBC’s Dylan Ratigan Show, speaking about the nexus of education and technology (http://nbcnews.to/1jmTIJ9) and was featured by Good Magazine as a key influencer of “Future Learning”. He has been frequently interviewed regarding collaborative technology and the various ways in which it can impact society. Richard was also a presenter at the World Cultural Forum in Hangzhou China in May 2013, speaking about online collaboration strategies.