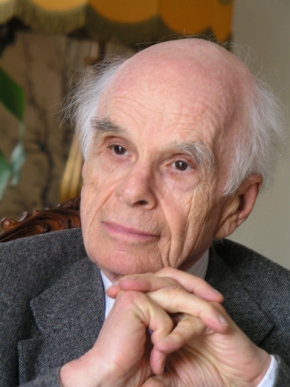 Ervin Laszlo, Doctorat d’Etat Sorbonne (1970) is Founder-Director of the Laszlo Institute of New Paradigm Research (Italy), Founder and President of The Club of Budapest, Fellow of the World Academy of Art and Science, Member of the Hungarian Academy of Science and of the International Academy of Philosophy of Science, Senator of the International Medici Academy, and Editor of the international periodical World Futures: The Journal of New Paradigm Research. He is the recipient of the Goi Peace Prize (2002), the International Mandir of Peace Prize (2005), the Conacreis Holistic Culture Prize (2009), the Ethics Prize of Milan (2014), and the Luxembourg World Piece Prize (2017). Laszlo is Honorary citizen of the City of Buenos Aires and Honorary Professor of the Buenos Aires Institute of Technology and holds Honorary Ph.D’s from the United States, Canada, Finland, and Hungary. He is the author or co-author of hundred and one books translated into twenty-four languages. Laszlo was nominated for the Nobel Peace Prize in 2004 and 2005.