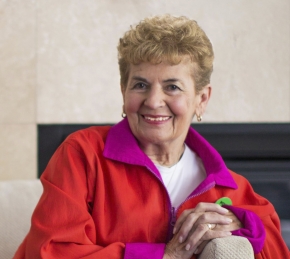 SuEllen Fried author of SIBLINGS: Bullying, Betrayal and Bonding Across the Lifespan has been a passionate advocate for children since 1976 and firmly believes that bullying is a form of child abuse. She co-authored two books with daughter, Paula Fried, Ph.D., “Bullies & Victims: Helping Your Child Through the Schoolyard Battlefield” 1996 – three years prior to the tragic Columbine shooting – and “Bullies, Targets & Witnesses: Helping Children Break the Pain Chain” 2003. A third book, “Banishing Bullying Behavior -Transforming the Culture of Pain, Rage & Revenge” 2011, is co-authored with Blanche Sosland, PhD. In 2002 she founded BullySafeUSA, to conduct Train the Trainer Institutes, offer speaking engagements, and a comprehensive bullying prevention plan for school districts. For the past 25 years she has spoken with over 75,000 students, educators, administrators, parents and professionals in 37 states. She has appeared on Good Morning America, the TODAY Show, MSNBC, and has given two TEDx Talks.

Her numerous Awards include President Bush’s 900th Point of Light, Prevent Child Abuse America, L’Oreal Women of Worth, Kansas Childre’s Service League, the Junior League of Kansas City, MO., the Department of HHS Commissioners Award, and the University of Missouri at Kansas City.   She has been a Volunteer with the Kansas Department of Corrections for forty years and co-founded a self-help program for incarcerated men and women – Reaching Out From Within, which is operating in Kansas, North Carolina and Missouri.

Fried is a Charter Member of the American Dance Therapy and had a career as a Dance Therapist in psychiatric hospitals for 17 years. She attended Washington University and is a graduate of Park University,  She is the mother of three children and seven grandchildren.