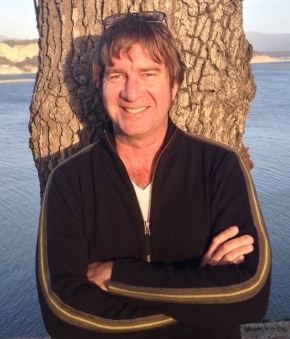 A veteran San Francisco media personality, Steve Wagner is a member of the San Francisco Film Critic’s Circle and was co-host, writer, and executive producer of the Bay Area television programs Reel Life and Filmtrip, reviewing over 1,000 films and interviewing over 300 actors, directors, writers, and musicians. In the 1980s, he was singer and guitarist of the Backsliders, a touring rock band that performed over eight hundred shows and opened for numerous national acts. For a decade, Steve was a director of the San Francisco Art Exchange, a gallery specializing in rock & roll photography and original album cover art. He brokered sales of many of the world’s most famous album cover original artworks, including Pink Floyd’s Dark Side of the Moon.

Steve has ghostwritten or collaborated on several published books, contributed articles on music, film, and popular culture to numerous publications, and presented lectures and workshops on music, art, and mythology in Los Angeles, San Francisco, Seattle, St. Louis, and Boston. His book All You Need is Myth: The Beatles and Gods of Rock (Waterside, 2019), a study of the classic rock era through the lens of classical mythology, is the product of ten years of research and composition.