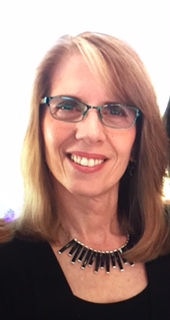 I am a New York Times Best-Selling Author and an attorney.

I majored in political science at the State University of New York at Stony Brook where I graduated summa cum laude and was initiated into Phi Beta Kappa. I continued my education at Hofstra University School of Law where I earned my Juris Doctor degree and held the distinction of being the first recipient of the prestigious David Kadane Public Interest Fellowship. I later returned to Hofstra Law and earned an LL.M. in International Law. I am currently licensed to practice law in the State of New York and in the Southern and Eastern Districts of New York. I have also co-produced major television news segments in conjunction with SilverCreek Entertainment for Extra, 20/20, 60 Minutes, Good Morning America, and Prime-time Live.

Law School 101 (2nded): How to Succeed in Your First Year of Law School and Beyond, (June 2009), Naperville, Illinois: Sphinx Publishing (An Imprint of Sourcebooks, Inc.)

Exposed: The Harrowing Story of a Mother’s Undercover Work with the FBI to Save Children from Internet Sex Predators, (April 2007), Nashville, TN: Thomas Nelson, Inc.

Law School 101: Survival Techniques from Pre-Law to Life as an Attorney. (May 2004) Naperville, Illinois: Sphinx Publishing (An Imprint of Sourcebooks, Inc.)

I was featured in “EXPOSED: Sexual Predators”, a one-hour documentary produced by CBS for WE TV, filmed as part of their “Secret Lives of Women” series – Based on my book, “Exposed,” it details my work with FBI Special Agent Austin Berglas and the FBI’s Crimes Against Children Squad C-20 to identify and assist in the prosecution of Internet sexual predators. (First airing – April 15, 2008)

2008 Citation from the Nassau County, NY Legislature in recognition of serving the children of Long Island, NY

2008 Citation from the New York State Assembly for Civic Dedication and Service.