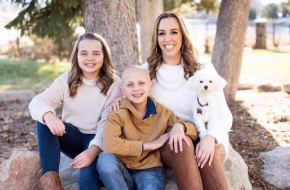 SHADOW SIBLINGS was written by mother and daughter duo Nicole Leinbach and Claire Reyhle. They were inspired by their son and brother, respectively, Jackson Reyhle, to write this children’s book.

Leinbach is also the Founder of RetailMinded.com, Author of the book Retail 101: The Guide to Managing and Marketing Your Business and has been published in Forbes, Entrepreneur, the UK’s The Telegraph and many other publications. She’s been recognized globally for her influence in the business of retail and is a regular speaker, contributor and media voice supporting the commerce industry at large.

When Jackson was just three years old, he developed an autoimmune disease that caused him to lose all of the hair on his body. In years that would follow, Nicole recognized that this condition didn’t just happen to Jackson. It impacted her daughter, as well, in a way that would forever shape her personality, her responsibilities and her overall perspective and approach to life. During this time, Nicole also observed other families with children who had challenges, disabilities or circumstances that made them different and along the way, realized siblings like her daughter Claire were not gaining the recognition or support they both needed and deserved being in these unique roles. These kids, as Nicole would begin to affectionately refer to them, were “shadow siblings”.

SHADOW SIBLINGS the book was introduced to help bring attention to those children who support their brothers and sisters despite the challenges and struggles they often have as being a SHADOW SIBLING. It is a story of hope, acceptance and love – offering a positive perspective to these often challenging but also rewarding roles. 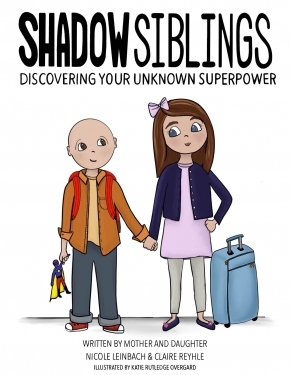