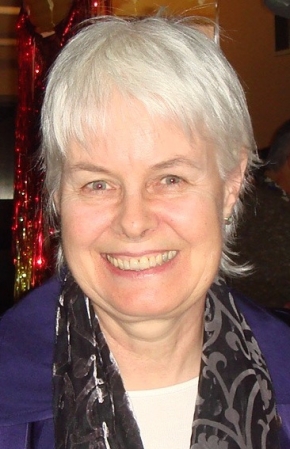 Margaret Blackwell’s journey into the world of creativity started when she stopped working as a high school teacher in 1971 and began studying for a Bachelor of Arts degree with the Open University in the UK. Subsequently she participated as a textile artist in the Hospital Arts Project in Manchester and in a high-security men’s prison – projects that were part of the newly emerging community arts movement in the UK. In 1984 she ran workshops for an international organisation, Interlink, in India. Gradually becoming aware that she was no longer satisfied with creating art and teaching other people to create art she realised that what attracted her was the exploration of the underlying nature of creativity itself.  This curiosity led her to Dartington College for the Arts in Devon where she completed a Master of Philosophy via Exeter University researching creativity and the creative process. While in Devon she met spiritual teacher Andrew Cohen and inspired by his teachings followed him to the US in 1989 where she lived in his community for many years.

She was appointed an Adjunct Professor, Department of Arts and Consciousness, John F. Kennedy University, and taught classes in creative process in the MA and MFA programs there from 1991 to 2006. In 1995 she established ‘Expanding Creativity’, a consultancy focused on helping individuals and organisations reach their creative potential. She lived in the USA from 1989 to 2013 and worked as a creativity consultant in USA, UK, Australia and India.

After a fall in March 1995 she was diagnosed with Parkinson’s disease and has lived with this disease for 24 years. She now lives in London, UK.

She wrote The Heartbeat of Creativity together with Andra Kins.