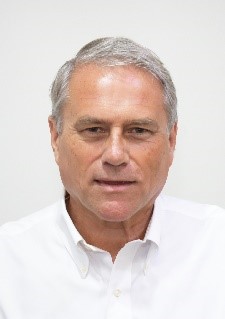 Starting his working life as an international trader in the City of London, after nine years David moved to rural Italy for a quieter life.  He lived and worked there for many years most of which was involved in developing environmental policies. He specialized in waste management (especially food waste management) and was the President of the International Solid Waste Association and Advisor to the Italian Minister of Environment, among many other roles he has covered.

But he started approaching these issues in the late 1980s as an environmental activist with Greenpeace of which he was later Italian Executive Director for 3 years and activism is at the heart of his life’s mission to make the planet a healthier place for us all to live.

In recent years he has worked in the UK developing policies there to improve the health of our environment which means intuitively also our own health and wellbeing.  He has been recognized as one of the leading figures in the UK environmental sector.

With a degree in Modern History and Economics, David looks at issues not from the technological point of view but through trying to understand the financial motives that drive change, both positive and negative.  His book navigates readers through the many complex issues we are dealing with and tries to simplify them into concepts that are comprehensible to those looking (perhaps for the first time) at mankind’s relationship with planet Earth.