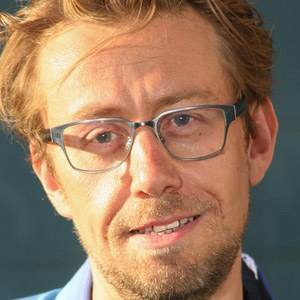 I grew up in the New York counterculture of the 1970s and ’80s. My father, Peter Pinchbeck, was an abstract painter, and my mother, Joyce Johnson, is a writer who participated in the Beat Generation. She was dating Jack Kerouac when On the Road hit the bestseller lists in 1957 (chronicled in her book, Minor Characters: A Beat Memoir). As a journalist, I have written for Esquire, The New York Times Magazine, the Village Voice, Rolling Stone, etcetera. I am currently the editorial director of the Evolver Project (www.evolver.net).

In my late twenties, I fell into a deep spiritual crisis that led me to the study of shamanism and psychedelic susbtances. My first book, Breaking Open the Head, recounted my initiation into several tribal cultures that use hallucinogens in their rituals. Over time, I became convinced of the legitimacy of the shamanic and mystical worldview held by indigenous peoples around the world. This led me to my most recent book, 2012, a study of prophecy.