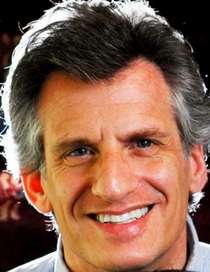 Brad Schepp is the former Editorial Director for America Online. He was also a senior acquisitions editor for McGraw-Hill. More importantly, he’s an author just like you—with more than 20 books published by major publishers including HarperCollins, Wiley, AMACOM, Sterling, and McGraw-Hill.

As Editorial Director for America Online, Brad created the book imprint: AOL Press. He developed books selling from 50,000 to 1 million copies per year, working with authors such as Michael Wolff and Seth Godin. Brad also worked for the first e-book publisher—MightyWords—-so digital publishing comes second nature to him.

Throughout his career, Brad’s focused on developing successful and interesting books for the trade. At McGraw-Hill, he acquired, developed, and helped market more than 250 titles in the areas of entrepreneurship, Internet marketing, programming, computer certification, careers, e-commerce, and many other titles both technical and nontechnical.

For the past few years Brad’s worked fulltime as an author, both on his books and on those of other authors whom he has mentored.

Recommendations:
Tara Gladstone
Writer/Editor at Freelance Writing and Editorial Services
Brad was my writing coach for a book for McGraw-Hill. His advice and encouragement helped me believe in myself, and create a final product that makes me proud. He cheered me on when I was moving in the right direction, and gently guided me down new paths when other choices were more appropriate. I am so honored to have learned from such a pro! I highly recommend him. He is an encouraging, clear, and thoughtful writing consultant. If you have the chance to work with him don’t pass it up; he will help your idea materialize.

Marjorie McAneny
Senior Editor at Jossey-Bass, an imprint of John Wiley & Sons
I had the pleasure of working with Brad and Deb Schepp while I was an editor at McGraw-Hill. Brad & Deb did a superb job on their book, EBAY POWERSELLER SECRETS. They are consummate professionals and I was fortunate to have the opportunity to work with them.

Bill Gladstone
Owner, Waterside Productions
Brad Schepp was one of the most effective acquisitions editors I have worked with. He was a good negotiator able to get straight to the point. He also demonstrated a good intuition about choosing the right books and authors, and I believe almost all of the projects I sold him more than earned out their advances. Brad also has that rare ability to see the next “big thing” before others and come up with suggestions for book topics for the authors he worked with.