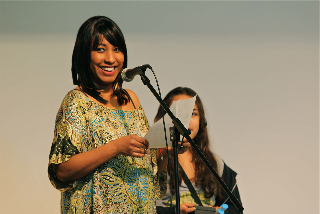 Mireille Schwartz was born severely allergic to fish. She served as a Member of the Board of Directors for Washington D.C. based FAAN (Food Allergy & Anaphylaxis Network) from 2009 – 2011. FAAN, now Food Allergy Research & Education (FARE) is the world’s largest leading non-profit allergy resource and works with policymakers on federal, state, and local initiatives in areas such as food labeling, epinephrine availability, and management of food allergies in schools, camps, airlines, and restaurants. In both 2009 and 2010 she was awarded their National Award of Appreciation.

On the San Francisco Homefront, Mireille is CEO of the Bay Area Allergy Advisory Board, founded in 2007. The Mission of the Bay Area Allergy Advisory Board is to promote education, awareness, and provide no-cost medical care & medication to Bay Area families with severely allergic children. She was honored by Senator Mark Leno with a 2010 California State Senate Award for commitment to raising awareness, education, and advocacy on food allergy and anaphylaxis. In 2009 & 2010 Schwartz was named Honorary Chairman of FAAN’s Food Allergy Walk-A-Thon alongside Academy of Country Music Award winner and Celebrity Apprentice finalist, Trace Adkins. Mireille is also the recipient of a 2009 Change Starts at Home Changemaker’s Award for outstanding advocacy for food allergic children, and The Huffington Post’s “Greatest Person of the Day” Award in July 2011. Currently, in 2013, Mireille Schwartz and her family are featured in the Discovery Channel documentary “An Emerging Epidemic: Food Allergies in America” narrated by Steve Carell.

An expert contributor to CNN Health, Yahoo! News, NPR, and ABC7 News, and a regular featured columnist in Allergic Living Magazine, Mireille Schwartz has an innate understanding that food is everywhere, and our relationship to food needs to be healthy if we are to stay healthy. Mireille lives with her family in San Francisco.